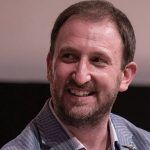 It started in the US, but it would seem the so-called ‘Great Resignation’ has now well and truly reached UK shores. Research at the end of 2021 from recruitment firm Randstad found that 69% of 6,000 UK employees were feeling confident about moving to a new role in the next few months, with almost a quarter (24%) planning a change within three to six months (Vs 11% in ‘normal times’). Randstad point to the significant costs for employers, which they estimate at up to £25K per person who leaves their organisation.

Around the same time, the UK Labour Force Survey showed that resignations and job-to-job moves were at their highest point in 20 years – both up by a third on the same period pre-pandemic. It might be that things have calmed down a bit in 2022, now that employees have got used to the fact that the pandemic is not forever. It is true to say we’ve struggled to replicate Randstad’s findings with our own client survey data – but there’s no doubt the job market has still been very fluid over the last six months or so. Ask any employer and they will tell you that.

People have been on the move – and employers have felt the pinch. Recruitment has become harder and more expensive for them, whilst talent they thought they had secured is walking out the door, often at a moment’s notice. It seems that many people sat tight during the uncertainty of the pandemic, but are now starting to look around. Wage inflation and skill shortages have made it a candidate’s market for many roles and acted as a catalyst. The economic crisis caused by the pandemic came on fast and is now abating almost as quickly, meaning the trend is V-shaped. As a result, the desire to look around seems to be inexorable right now.

As such, employers are finding that what used to work when it came to attracting, recruiting and retaining employees is now ineffective. Competition is high, they no longer stand out in the marketplace and candidates have started to value new things that go beyond the hygiene factors of salary, location and benefits. Meanwhile, existing employees are getting approached for new roles on a weekly basis… many are tempted and employee turnover is up. At times like this, the only option for employers is to look carefully at themselves and think about the levers they can pull to ensure they remain competitive in this new ‘war for talent’.

Opinions are divided as to whether a big re-evaluation has taken place during the pandemic, one which has caused employees to re-consider what they want from work. I’d stop short of suggesting that this is the only driver or that job leavers are all off around the world on a journey of self-discovery! However, even if they are staying in the same sector – and the UK Labour Force Survey shows that many are – people are now thinking proactively about what’s important to them in a job – and for their broader working lives.

The ways in which the pandemic has changed working life – and employee mindset – have been much discussed. A new take on work-life balance, including reconnections with children and family, the end of the commute and blurred boundaries are all part of that. But more broadly many have experienced a realisation that work can, and should, be different; in some cases this has been amplified by how their employer treated them during and after the various lockdowns. This has led some to a sense of disillusionment – and, in turn, a determination not to settle for something that feels neither fulfilling nor sustainable.

So this brings us to corporate approaches to Mental Health & Wellbeing – and the connection to employer brand. The situation I’ve described means that employees have ‘switched on’ to key elements of workplace Mental Health & Wellbeing – and now demand them as standard, where previously they were seen as a luxury. In short, they now insist on having Good Days at Work.

So the evidence is clear: employers who can deliver Good Days at Work – underpinned by health, wellbeing, energy and good relationships – stand to win in the new war for talent.  Above all, employees are seeking employers that value their Mental Health & Wellbeing – and are committed to it organisation-wide for the long-term so that health, wellbeing and Good Days at Work become cultural. When they make their next move, employees want to know that this is ‘priced-in’ to the contract, and not just an after-thought or lip-service. This is a big ask for some employers, but the pay-off is huge if they can get it right.

Discover the far-reaching business benefits of the 'Good Day at Work' approach with our free guide...