Healthy hybrid working – top tips for balancing the ‘best of both’ 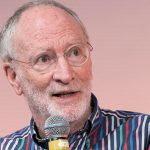 A world in transition – the new ways of working

Times of rapid change require a heroic spirit, and a willingness to move confidently into unchartered territory, constantly reinventing our tactics as we go. Organisations cannot make this journey of change without the individuals within them also doing so in a healthy and motivated way – every employee can make the difference between an organisation that becomes high-performing or one that struggles in these turbulent times.

Hybrid working is one such rapidly emerging change that we are seeing in the way we do our business, with a wide range of research showing that the majority of workers want to continue working from home at least some of the time. There is justified trepidation for employers around this daunting change because despite the reported benefits, such as better work/life balance, there are some clear challenges with a work from home model – namely feelings of disconnection, difficulty in focussing and missing face-to-face interaction. Further unknowns remain around the dilution of workplace culture over time and how teams can remain united and collaborative, and then how this dispersion of the workforce impacts mental health and wellbeing long-term. It is already reported that 80% of UK workers feel that working from home has had a negative impact on their mental health.

The cornerstone of an effective hybrid working scenario is personal responsibility and trust. A sense of autonomy and control over our work is something that we have known for many decades drives wellbeing and therefore performance. Now, we have the real opportunity to deliver autonomy for our employees.

With hybrid working, the onus is put on individuals to successfully manage their commitments but alongside this new arrangement there also needs to be the support of a strong psychological contract between the employer and employee based on a fair, clear agreement of what the employee is expected to deliver and how, in particular communicating a change in emphasis from the ‘hours people work’ to their actual outputs. Psychological contracts are slippery by nature, but this shift to hybrid working will very likely leave big gaps in the psychological contract so it’s important that it is re-examined to ensure the organisation can bounce forward out of this crisis rather than backwards.

At Robertson Cooper we use a simple framework to understand the sources of pressure in the work environment, the things that may cause stress and burnout, and conversely the things that contribute to a Good Day at Work – the 6 Essentials represents key aspects of working life that, when in place, enable wellbeing.

In the hybrid working model, everything shifts around in terms of where we may see the source of pressure within the 6 Essentials framework. Enabling employers to understand where pressure may come from as we move to hybrid working will support them in ensuring performance and wellbeing are optimised… and more Good Days at Work are created.

Work relationships – interaction between colleagues is collaborative, stimulating and challenging

There is no doubt that the way in which we interact with our colleagues has the potential to deteriorate when we move to a hybrid and/or work-from-home model and this may be a source of reduced wellbeing so our top tips on ensuring that work relationships remain collaborative, stimulating and challenging are:

Meetings are more crucial than ever, and by that we don’t necessarily mean more meetings, we mean the types, frequency and structures of meetings are now an imperative. It is clear we will need meetings in the hybrid working environment, indeed their value is probably enhanced, and so there are important questions to be asked about how we host our gatherings. For example, if the topic is a meaty debate, is it feasible to have some attendees online and some in the office, or would that be best hosted in an ‘all in the same boat’ situation?

Beware of allowing remote and hybrid working to be a reason that people opt out of all social and team events. Of course, no-one likes forced fun and some people need more interaction than others, but ensuring all employees are involved in at least some of the social events is an imperative for sustainable team collaboration – if you lose connections you stop innovating, and everyone needs some form of emotional support.

Hybrid working will be another change to our working lives, piled up on top of the many other changes we have all encountered over the past 18 months. Change is a well-established source of pressure often negatively impacting wellbeing, at least in the short-term, and we can draw upon this research about change and wellbeing when it comes to any shift to hybrid working.

Keep employees in the loop

Communicate as much and as frequently as you can about the specifics of the changes. Even if the information is negative, employees would much rather know than be kept in the dark. Most people will choose certainty over uncertainty every time –  don’t worry about over-communicating!

Building and sustaining momentum to change requires large amounts of positive affect and social bonding – ensure you enable this for employees by providing space to create hope, excitement, camaraderie and an urgent sense of purpose.

The dispersion of our workforce with hybrid working potentially means a dilution of workplace culture and a disconnect emerging about what is needed to do the job and what is expected of the employee. With informal office talk reduced, where we could spontaneously catch up and align our tasks, the danger is that people go off in their own direction then lose motivation as they struggle to keep themselves going.

Effective and transparent goal setting gives clarity to what is expected both at an individual level and team level. Following up on progress is also crucial as motivation can wane faster when we are remotely working.

Communication can be enhanced by asynchronous tools such as Slack or chat functions in platforms such as Microsoft Teams. These tools attempt to replicate the informal office talk and keep people connected and ‘on the same page’ even when everyone is not in the same place.

Balanced workload – not too much and not too little

Productivity has not reduced over the period of the pandemic even with many people working from home. Yet this may be disguising some of the demands from workload that have emerged and need to be addressed in the new hybrid model. Microsoft’s own statistics show that “the digital intensity of worker’s days has increased substantially, with the average number of meetings and chat steadily increasing since last year…This barrage of work is unstructured and mostly unplanned with 62% of calls and meetings unscheduled or conducted ad-hoc…what is expected of employees during this time has increased significantly”.

Set guidelines from the top about acceptable hours of work when working remotely and how technology is best used. Technology should help workers to get their work done and not create digital exhaustion, and given that managers set the tone at team level, they are the people who may need support in how to manage this risk effectively.

Create a culture where breaks are encouraged and respected – and this comes from the top.

This was one of the big winners with the shift to remote working – giving people more autonomy and trust to set their own schedules and spend more valuable time with family. It is hard to be seriously micro-managed when you are home! But with the advent of hybrid working, some employees may feel like some of this control is being reduced again as they are asked to come back into the office.

Listen to how people are doing and what they need for their return to the office so you can ensure that some level of autonomy and control is maintained. If it is necessary that people come back into the office for the role they do, ensure it is for a clear and objective reason.

Remember the research around autonomy and productivity when you feel the urge to ‘bring everyone back into the office’. Research has been clear for decades that if you give people the opportunity to be flexible and work in a hybrid model, productivity can increase by 13% and attrition can decrease by 50%.

Some employers are considering reducing pay for employees who chose to work from home or in a hybrid working model. This is tricky territory when it comes to wellbeing – we know from the research is that pay clearly is a driver for wellbeing, not only in terms of amount you are paid but in terms of the justice of that pay – does it feel fair?

Any changes to pay need to feel fair for those involved. If they feel like they can do their duties remotely equally as well as in the office, then it may seem unfair and wellbeing will likely be impacted, bringing with it all the possible negative outcomes such as increased absence and attrition.

Physical working space must be enticing enough for commuters to come in and be best suited for the type of work that they are doing. Many of us have found work that requires focus is best done at home, with fewer interruptions, so the office will also need to deliver on such occasions.

Good data is key to understanding the changes to the psychological contract arising from hybrid working as well as all the other changes arising from the pandemic – and businesses should pay attention to ensuring that they have good data before attempting to revise their practices, support and spend! This is a ‘first-step’ action – businesses should have objective and deep-dive data on what has changed, what new demands to wellbeing are arising from the changes, and who is being impacted the most. This data can then be used to deliver the adaptations to the culture that employees really need and more Good Days at Work will follow.

Are you ready to unlock more Good Days at Work? Get in touch with us today to discuss how to get started. From employee surveys to training and everything in between, our team of Wellbeing Specialists is here to help.