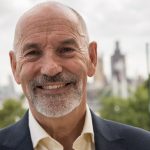 Absenteeism is easy to track, understand and often to influence, yet lurking in the dark is another metric of lost productivity in our organisations – presenteeism.

This enemy to innovation and effectiveness is much worse for the bottom line than absenteeism and according to the CIPD, presenteeism has more than tripled since 2010. Let’s take a look at what we mean by presenteeism and understand its intricate relationship with wellbeing.

Presenteeism is both important and somewhat misunderstood. In practice, the term seems to be associated with at least three different meanings. One of these refers to people attending work even though they are sick, which is quite common. Many people will still attend work when they have a cold or perhaps an ongoing health condition such as a migraine or hay fever.

Generally, when people are sick they perform less effectively. For example, the results below show the loss of productivity associated with some of the common forms of illness that do not always prevent people from working.

The second meaning for presenteeism concerns putting in long hours but not actually working all of the time, or leading people to believe that you are working (e.g. leaving a jacket on the back of a chair) – sometimes referred to as putting in “face time”. The third meaning involves working at a reduced level because of other distractions, such as browsing the internet or playing games online.

There is little doubt that presenteeism is quite widespread. The table below shows some prevalence data for presenteeism that we have collected at Robertson Cooper from a sample of nearly 40,000 employees in the UK.

Some 28% (about 11,000 people) reported some degree of presenteeism. Levels of presenteeism are associated with a number of other factors and further analysis of the results from the sample above showed, that for people who report poorer than average levels of psychological wellbeing, presenteeism is even higher (38%).

So what can we do to reduce presenteeism? The short answer is to create more Good Days at Work! At Robertson Cooper, we take a holistic and cultural approach to ensuring the work environment is set up for maximum wellbeing – one where employees do not have to experience presenteeism. A comprehensive and far-reaching wellbeing strategy will allow your organisation to understand what actions you can take to reduce presenteeism and create a wellbeing culture.

Read our guide to winning at workplace wellbeing

What do you get if you combine over two decades of experience and some of the brightest, most pioneering minds in the field with a unique, evidence-based approach to mental health and wellbeing? Some seriously Good Days at Work!